There is a new wave of protest about climate change at the moment. There are marches and events leading up to the meeting of world government representatives in Paris in December. This long running saga of meetings is seeking an agreement to cut greenhouse gas emissions and avoid “dangerous” warming. The prospects for this meeting leading to a meaningful outcome and realistic action are a big subject and we could look at this at another time. The protests are interesting in themselves especially the influence that books like “This Changes Everything” appear to be having. A speaker at an event associated with the book said how she was inspired and motivated by the core message: “It’s those horrid corporations and capitalists that are responsible”. While I would agree regulation and restriction of corporate exploitation and damaging practice is very necessary is it right to point the finger of responsibility for climate change? I can recall getting in trouble years ago at climate camp meetings for pointing out that per head carbon emissions in the Soviet Union before it collapsed were roughly comparable with the west when this same line was put forwards. Does it matter? Well yes it probably does because if you want to solve a problem getting the analysis right is sensible as you would not want to waste time and effort pushing for an ineffective solution. 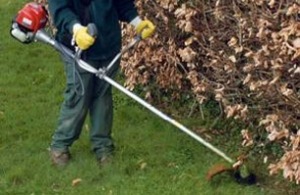 It is easy and appealing this simplistic “It’s them!” argument because implied in it is “It’s not us!” so let that moral superiority flow. The speaker at the event I mentioned actually said she felt better for having grasped this message. So absolved of personal responsibility for the problem the audience was invited to join in that warm glow of self righteous indignation and push the ant-capitalist agenda.  When you look at actually dealing with climate change the first thing that comes to mind is to stop any unnecessary activity that involves creating greenhouse gas emissions. There are many obvious things that ordinary people do which in the circumstances could be prohibited : garden strimmers, powered hedge trimmers, powered mowers, pressure washers. That was only a glance at the garden! It does not matter if these unnecessary machines are electric powered either even off renewable energy as that energy would be better used replacing fossil fuel or nuclear generation. Then there are the considerable emissions involved in making and shipping these unnecessary machines in the first place. There are perfectly good longer lasting hand tools to do these jobs. The average strimmer owner is not a raving capitalist or banker, just an ordinary person. The capitalist might run the corporation that makes the strimmer (in China probably). The banker might fund it, the oil company supplies the fuel, but it’s the ordinary person that buys and uses these totally un-necessary contraptions and is therefore responsible for the un-necessary emission involved in the process. These are very simplistic examples of course but the principle is sound. Co-opting action on climate change to Anti-Capitalism is probably not very sensible as it misunderstands the nature of the climate change problem, we are all responsible. In the same way the idea that “Green Capitalism” is going to make a big difference is just as silly. What matters is cutting unnecessary emissions and using the lowest emission methods possible. 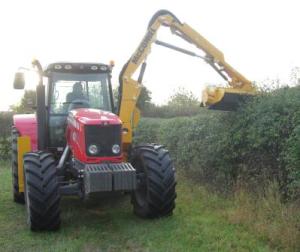